Was I hacking or being hacked?

Was I hacking or being hacked?

How are female students treated at MIT?

I'm a girl studying computer science at MIT, and while I've been treated with fairness and respect (for the most part), I have seen some male students talk about the female half of the student body with disdain. Contrary to what you might expect, many of the comments are about female students' looks rather than their smarts.

Some male students joke about how unattractive Course 18 (math major) girls are, or how unattractive the female MIT population is in general. At least one fraternity that I know of hosts some parties where no MIT girls are allowed. There's subtler expressions of prejudice, too. If you're an attractive girl roaming the MIT campus and a guy meets you for the first time, he might ask if you go to MIT – because they believe you most likely go to Wellesley or BU instead. You learn to try and take these things as a compliment.

Then there's the fact that some guys don't like dating MIT girls because they don't want to be reminded of schoolwork and stress. And I get it; it can be tough dating someone who is always as stressed as you are. I'm sure there are other reasons some MIT guys discriminate against MIT girls when it comes to hookups and/or relationships. Some are probably more confident when they're courting a non-MIT girl because they think girls from other schools find the MIT brand name desirable. (The same goes for many guys from any "top" school, though.)

When I was a freshman, I did some real-life A/B testing to see if guys who approached me at parties stuck around longer if I told them I was a Wellesley student rather than an MIT student.* The sample size was way too small (3 people each) for this to be remotely scientific, but all the guys who heard I was a Wellesley student stuck around and tried to dance with me, etc., while 2 of the 3 guys who heard I was an MIT student left shortly thereafter. Of course, it could have been a coincidence.

Do MIT guys view the girls as intellectually inferior, though? I think largely not, though I could be mistaken. Female-dominated majors range from those perceived as easy (Course 9, Brain & Cognitive Science), to intermediate (Course 7 – Biology), to difficult (Course 4 – Architecture). [1] [2] At MIT, prejudices stem mostly from major rather than gender.

I do personally know a handful of guys who genuinely believe girls are, on average, not as technically competent as their male counterparts. These guys acknowledge their bright and capable female peers as equals, but tend to see them as exceptions rather than the rule. Please keep in mind that this mindset is not the norm at MIT, and that for the most part, girls and guys are viewed as intellectual equals. (If anything, it's the Harvard/Wellesley/BU students who are undeservingly mocked as intellectually inferior.)

That being said, many girls I know don't do hardcore engineering/science jobs after graduation. It may be due to the lack of confidence instilled in them during their undergraduate years, though I have absolutely no idea about each girl's own decision. I personally will not attempt to pursue a fully technical (i.e., coding/software engineering) job after graduation due to, yes, low self-confidence in my technical abilities. I don't want to make one mistake and forever lower my male peers' opinion of all women, ever, in the history of the world. This, however, merits a separate discussion, as I don't think many of my girlfriends think the same way.

I don't think the currently-existing efforts to support women in STEM at MIT are really effective; in fact, they mostly serve as a target for (male) trolls who like to show up at women's groups' events just to take free food. Talking about issues like the gender gap annoy some guys I know; they disparage the achievements of women like Sheryl Sandberg and Marissa Mayer because, they say, these women wouldn't get the same widespread recognition for their work if they were men. You have to understand that many MIT students live in a bubble of meritocracy and have trouble comprehending the subtle politics of the real-world workplaces; here, it seems unfair to guys that there are so many resources dedicated to helping women achieve more, when they don't seem to deserve the extra attention. The women who get ahead at MIT are feminine, smart, don't seem to make a big deal out of being a girl.

What are the main differences between a Masters and a PhD in computer science?

The best answer I've seen to this question is by Prof. Matthew Might on his blog. Like many great answers, it uses pictures (taken from The illustrated guide to a Ph.D.):

Imagine a circle that contains all of human knowledge: 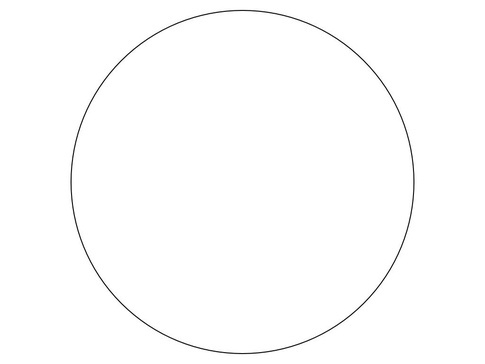 By the time you finish elementary school, you know a little: 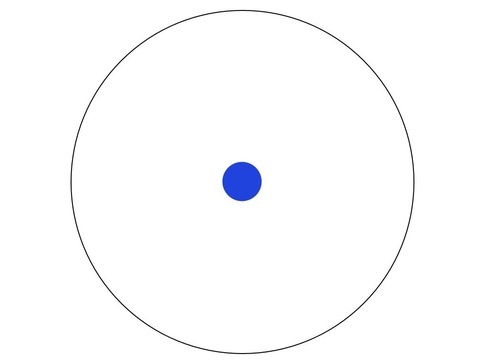 By the time you finish high school, you know a bit more: 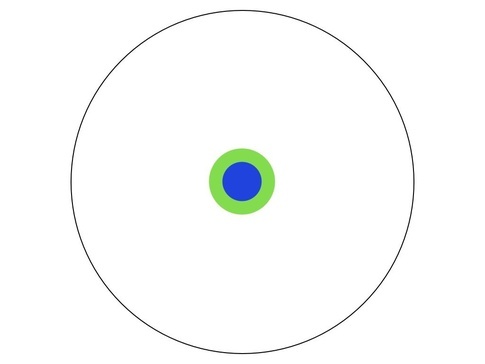 With a bachelor's degree, you gain a specialty:

A master's degree deepens that specialty: 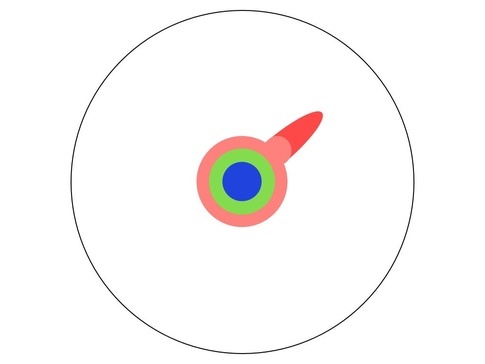 Reading research papers takes you to the edge of human knowledge: 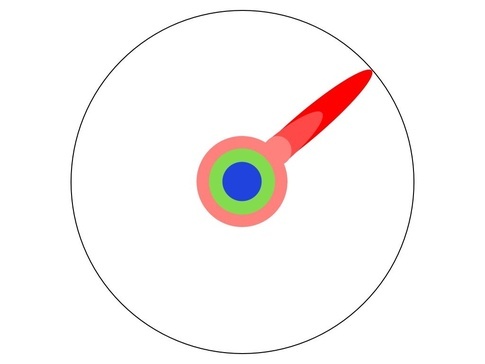 Once you're at the boundary, you focus: 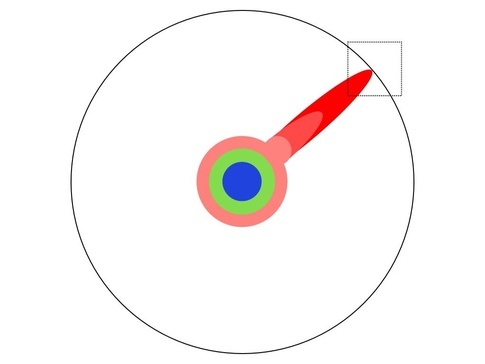 You push at the boundary for a few years: 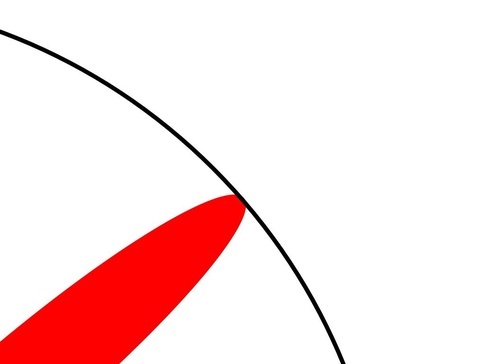 Until one day, the boundary gives way: 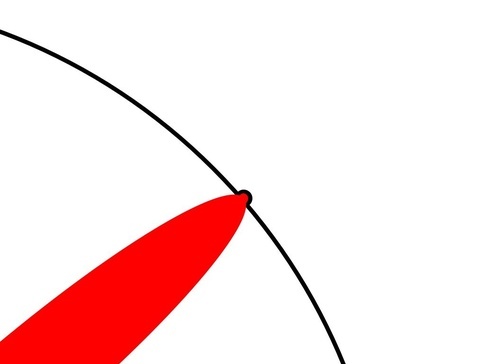 And, that dent you've made is called a Ph.D.:

Extending this boundary of human knowledge gives you a number of other skills apart from the knowledge gained (as explained in Vijay Chidambaram's answer to PhD Careers: If a PhD doesn't go into research or industry in his or her chosen field or specialty, what is he or she actually more qualified than college graduates to do?):

Ability to work independently. The degree is not conferred until the candidate has proved to experts that he or she has produced original work and advanced the state of the field in some way. Though some work may be done in collaboration, the ideas as such must originate with the degree holder.

Critical thought. Extending the state of the art cannot be done without knowing what is wrong with the current state. A PhD candidate learns to critically examine the thoughts of others and pick out the pros and cons.

Perseverance. Getting the degree is a long and arduous journey that tests the determination of the candidate.

Ability to work with poorly defined goals. One of the bigger hurdles of the PhD is that there is no clear cut goal. You know you have to do original research, but no one can exactly say these are the things you need to do every day to do it. Research as such involves going back and forth, exploring blind alleys and so forth.

Though a Master's degree equips one with specialized knowledge, most of the above skills are not learnt during a Masters degree. Do note that you don't need any degree to acquire the above skills on your own.

A PhD degree equips you to do original research and potentially lead R&D teams.

Why do some guys put the toilet seat down before urinating?

Ok this is funny: When I was at school at Portland State I had a friend who was sharing an apartment with 3 other guys (we were all foreign students getting a masters degree). They would frequently find urine splattered on the toilet seat after one of them used the restroom. So one day about a month into the quarter they finally decided to confront him. He insisted the toilet seat was not a "seat" but a splash guard to protect the bowls sitting edge from urine so the bowl is not contaminated with urine when you sit on it!

A "good" engineering culture directly benefits a company in a few ways:

In terms of business outcomes, the sum of all this makes it possible for the company to build products and features that other companies can't, or get things done faster, keep infrastructure costs lower, stay on top in its market, and break into new markets. Here are some examples I can think of:

There is obviously a lot more than engineering ability that goes into making a company successful, and it matters more in some markets than others. If a company's engineering strength is directed toward building things that don't matter, the company will be beaten by a competitor with a worse engineering team that's more efficient at getting outcomes.

To address Amazon: My impression is that Amazon has really good processes and it does a lot of other things well aside from engineering culture that make up for its weakness there. Also, I'm sure it still ends up much better at engineering than Barnes and Noble and most of the other companies it competes against.